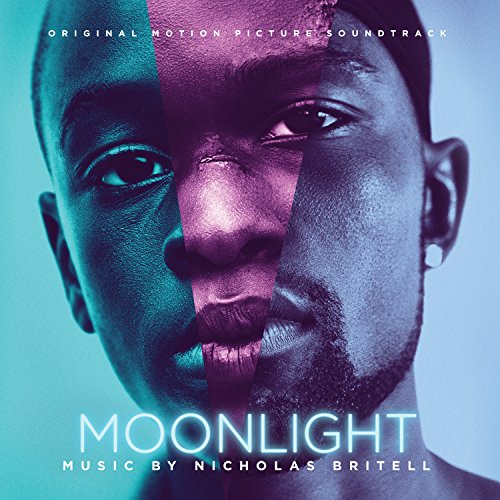 2016 has been a good year (can you imagine many other sentences that begin with those words?) for classical music. Below is a personal list that I came up with as I look back, of 10 albums that I thoroughly enjoyed. I know this list misses lots of surely outstanding recordings, so see it as a “sample” rather than the “population,” if you will!

This young British pianist continues to astound me with a purity and maturity in his playing that seems incongruent with his scrappy demeanor (that he hides well under different suits). I found myself returning to his delicious Ravel (Le Tombeau de Couperin), his energetic Liszt (Venezia e Napoli; listen above for the cascading Tarantella movement), and my instant favorite rendition of Franck’s Prélude, Choral et Fugue.

Pocket symphonies are no symphonies (and barely symphonic poems), but they did create a kaleidoscopic palette of scenes and emotions in my head. Consider this disc the soundtrack to an eclectic, imaginary film. Following its original release, this electronica version delivered quite a few surprising arrangements, and listening to Helbig’s variations has been a joy (try the electronic version of Bell Sound Falling Like Snow above). Compositionally, this work is not exactly groundbreaking. But who cares?

This is the year that Jean Rondeau made me finally appreciate harpsichord. I had found the instrument monotonous in every sense of the word, but his thunderous attack in Royer’s Le Vertigo (listen above) is half Baroque, half rock-n-roll, and fully awe-inspiring. Unlike his more gimicky but less talented peer Cameron Carpenter (organ), Rondeau’s innovation on an ancient instrument comes from inside the score, and shows that sometimes the most effective way to rediscover 300-year-old music is embracing it.

I have reviewed this disc in my previous blog post. Batiashvili has delivered two impressive renditions of the insanely popular (by classical music standards) Tchaikovsky and Sibelius violin concertos (listen above for the fiery final movement of Sibelius), boasted by an energetic Barenboim at the helm. Well done.

Alisa Weilerstein has been hailed as the next Jacqueline du Pré, and this album is infused with the kind of boldness and immersion that I imagine du Pré would have played Shostakovich with (check out the first movement of Cello Concerto No. 1 above). But Weilerstein has always been her own artist: This excellent interpretation again shows her impeccable technique and rich emotional tone, both giving Shostakovich a stately grace. With this album, she joins an expanding list of young cellists who have shone in Shostakovich’s repertoire in the past decade. Shosty would be proud!

Excellent throughout this collage of arias, Netrebko continues to sit comfortably atop the opera world as one of the most celebrated sopranos of her generation. I particularly enjoyed her renditions of La mamma morta, Ebben? Ne andrò lontana (link above), and the Puccini arias. Callas and Tebaldi are still my personal go-tos for the first two arias, but Netrebko’s performances deserve high praise—as a Grammy nomination and glowing reviews have given.

Yundi returned to his element in this all-Chopin disc. His Ballade No. 1 (link above) and No. 2 are impeccable, his Berceuse is sweet, and his Mazurkas are lively. More than previous recordings, he seems to have let go a bit of his studied approach and acquired more charm. But what reign supreme here is still his technical accuracy. Listening to Chopin is an intimate act, and Yundi might not have the warm glow of Rubinstein or Lipatti, but intimacy accommodates multitudes too. For me, Yundi’s form hits a comfortable, if not rapturous spot.

With this recording, Vilde Frang justifiably became a breakout star in 2016. Although always an intellectual player, she seemed to have finally found a way to synthesize insights and passion into memorable playing (which in my mind began with her Mozart recording last year). Her Korngold and Britten can hold their own against some of the best recordings of those concertos ever committed, and I found myself returning time and time again to this one. Listen to her first movement of the Korngold and you might see why she is setting a new standard for the two under-appreciated works.

I have a bit of an obsession with Trifonov. He delivers some of the most ferocious attacks on the keyboard, his technique is breathless and sublime, and he infuses his playing with a triumphant charm, bringing me to such a high that when he softens, it gives me goosebumps. (Case in point: the first four trascendental etudes, or the infamous La Campanella linked above.) I have been hoping for Trifonov to record more Liszt, and these etudes—especially the transcendental etudes—are exactly the right repertoire for him. What better way to play genius than by a genius? Let Trifonov command you attention. It is so worth it.

How often do you get a live symphonic concert just for a movie soundtrack? This one will, and it is an instant classic, if its award hull has yet to convince you. Lush and hauntingly beautiful, Britell’s composition is a deserving treatment that accompanies Moonlight, the fourth best reviewed films of all time (following, yes, The Godfather) and my personal favorite this year. Violinist Tim Fain mesmerizes throughout, but his tug on my heartstrings is strongest in The Middle of the World (listen above), played in part in the film’s trailer. I was beyond moved by Moonlight‘s inward look at Black masculinity and sexuality, and I cannot imagine a more outstanding companion in Britell’s score.