While washing dishes today, I realized that I listen to classical music a lot. Especially while I wash dishes.

Dishwashing is no rollercoaster ride, but classical music can be. At the very least, the latter is more fun. Here is an internal monologue that I often find myself having:

I mean, I can listen to contemporary music, but I don’t usually find a pop album that I have the patience to listen to from Track 1. And there is something to be said about classical music that feels right with dishwashing. Perhaps it is the rhythm, or the way themes and motifs construct a musical narrative, or the length and complexity (sometimes the lack thereof), or some sort of zen / attentional compatibility. I don’t know. The point is, listening to classical music while washing dishes is fun, and you should try it.

Today I listened to an album that just came out this past Friday (11/04/2016), Tchaikovsky, Sibelius: Violin Concertos, with Lisa Batiashvili on the violin, Daniel Barenboim conducting Staatskapelle Berlin, released on Deutsche Grammophon.

Batiashvili is one of those violinists whose names keep showing up but whose playing has not left much of a dent in my impression (others include Julia Fischer and Leonidas Kavakos). They play well, even brilliantly, but they never compelled me to return for repeated listens. I think I have heard her play Brahms and Schumann before. I recall no reactions, positive or negative, and I did not find her playing all that remarkable. But that changed today.

It is difficult to play Tchaikovsky and Sibelius on the same disc, not only because each is so wildly celebrated and cherished by critics and fans—these two happen to be my favorite two violin concertos—but also because every new disc has to justify its existence after an illustrious history of recordings on the same repertoire. A casual Spotify search told me that this coupling has been a perennial favorite, recorded by legends (Issac Stern, Jascha Heifetz, Kyung Wha Chung, Itzhak Perlman), veterans (Gil Shaham, Nigel Kennedy, Leila Josefowicz, Viktoria Mullova), and young stars (Soyoung Yoon, and now Batiashvili) alike. It helps to have Daniel Barenboim at the helm, who surprisingly has never conducted the Tchaikovsky concerto in a studio before. You would think that someone who recently celebrated his 50th year as a conductor would have touched this cornerstone. Maybe having these firsts keeps his life exciting? The Romantic repertoire is a bottomless pit even for Barenboim.

The album begins with Tchaikovsky. Of its three movements, the first for me is the trickiest. I grew up listening to Joshua Bell’s rendition, which still serves as my benchmark reference (laugh as you will!). Bell, more than anyone else I have listened to, strikes a fine balance between lyricism and dynamism in this movement, nurturing and private in solo passages yet pyrotechnic and authoritative with the orchestra. Batiashvili came close, but not quite there. Her allegro is assured and confident, and her rubato in the finale is particularly thrilling (save for two glaring mistakes). But her hesitation in the adagio passages detracts from the integrity of the movement. Instead of fully embracing the inwardness of the solo variations, she simply retreats and slows everything down. I would have preferred less timidity. It might have been a deliberate choice, but it disrupts the flow. And when you are playing a 20-minute movement, flow is key. 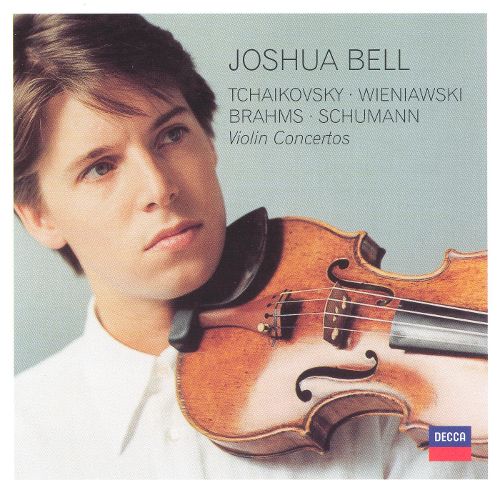 Joshua Bell’s Tchaikovsky indelibly shaped my view of this work. Call it primacy effect if you will.

To my content, Batiashvili rallied in the second and third movements. Her second movement is warm and nostalgic, and her final movement crisp and celebratory, with lovely orchestral accompaniment. Overall, I enjoyed her Tchaikovsky, and listening to her album today will make me pay more attention to her in the future, even if in my mind it still does not match up to Bell (though her second movement might actually be a bit more memorable than Bell’s).

Then comes Sibelius. Barenboim is no stranger to this concerto, having recorded it at least three times with different soloists (Batiashvili, Maxim Vengerov, Pinchas Zukerman). His recording with Vengerov remains my absolute favorite rendition of the concerto (and I have listened to perhaps 10 to 20 different versions). It is my most played classical album this year so far (thanks to last.fm for tracking), and I admit to having cried more than once while listening to it (I am by no means alone; Sibelius concerto does that to both those who listen and those who play).

Batiashvili’s Sibelius is wonderfully full-bodied and carries a warm tone throughout. She handled the storied first movement with finesse and a steadfast pace, and her third movement is eager and stormy as it should be. The only peeve I have for her third movement is that it lacks definition—her fingering is not as precise as I would have liked, and she uses glissando a bit too much for my taste. (I am very picky about this movement, if you can’t tell already: Joshua Bell’s tone was hollow, Sarah Chang simply bulldozed, and even Oistrakh’s last bar is not as orgasmic as I would have loved.) Other than that peeve, however, Batiashvili’s Sibelius was well worth my time, and I would recommend it to most people. Barenboim’s conducting is superb as usual. (I am starting to think that perhaps Barenboim is the key to my enjoyment of this work. I will need to check out his recording with Zuckerman’s Sibelius to confirm that.)

This review turned out to be way longer than I thought…oh well, I could go on for days on these two concertos! Overall, I enjoyed this recording more than I thought I would, and it made dishwashing quite interesting 🙂

One thought on “Classical Music While Washing Dishes: Tchaikovsky/Sibelius”