This is the first year in recent memory that I have not danced professionally, and my attendance to live performances similarly took a hit. Gone are the years of $10 or even complimentary tickets and free master classes, sadly. These performances however reminded me of the thrill of marveling at dance, a most visceral form of artistry that demands humans’ body and mind in synergy.

Gorgeously lit and beautifully danced, Biophony is an inspired collage of our biosphere. The LINES aesthetics remained distinct and oh-so-lovely to the eye. I loved the erudition of movement King has invested in this work—it felt like a smorgasbord of shapes and sounds. Like a smorgasbord, however, it had little organization, and the progression from one piece to the next felt alogical. Despite its visual splendor, Biophony lacked a punchline that I was looking for. (Unlike Resin, which went above and beyond punchlines—it delivered a revelation. I saw it last year and thinking of it now still gives me goosebumps. No trailers can do Resin justice.) Of the dancers / creatures, new company members Shuaib Elhassan and Laura O’Malley were true standouts. The former’s spindly strength and the latter’s sinewy grace underpinned some of the show’s finest moments. Oh, I saw the freshly minted ballet master Meredith Webster (aka The Muse of LINES; see her in this excerpt of Meyer, starting at 1:59) in the hallway, but dared not approach. I miss her on stage, and I hope the entire company continues to reflect her brilliance. Their revival of Concerto for Two Violins on the same program won the Dance Magazine Best Revival award—a lovely work worth checking out too.

One of Akram Khan’s earliest works still speaks volumes after more than a decade. Kaash did not give me nearly the feeling of transcendence that iTOMi evoked last year—unfortunately, it still looks like a composition-in-progress even after Khan’s own restaging. But its liveliness and innovation (more movement than composition) were undeniable. Its soundscape is quite eclectic: Nitin Sawhney’s Kathak score provided an excellent background to the physical syncopation; John Oswald’s “Spectre” is probably the most overwhelming music I have heard in a theater all year (go check it out on Spotify and see if you can refrain from changing the volume throughout); the strange silence in the middle baffled me—the intention was there but the impact was lost. The Alleyne twins danced beautifully as usual; Sung Hoon Kim’s thrashing limbs however took the spotlight (sometimes literally). 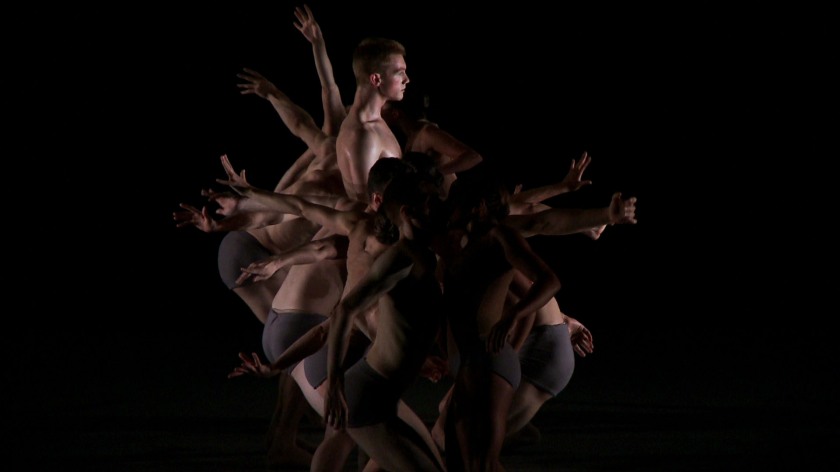 Ballet BC was a breakout troupe at Jacob’s Pillow this year and deserved all the hype. I was lucky to witness Consagración, part of their triple bill on the tour, in its raw form: the title was chosen not long before the performance I attended, the choreography seemed to trace last-minute changes, and wow, what a thrill to see an ambitious work with none of its edges yet eroded by overperformance. Uncertainty and sensuality were not only palpable: they were alive and throbbing. Though this is the third rendition of The Rite of Spring I have seen (after Nijinsky’s and Bausch’s versions), I did not find a single dull moment in Consagración. Deliciously dark and sexy, yet pregnant with gravitas. Outstanding. 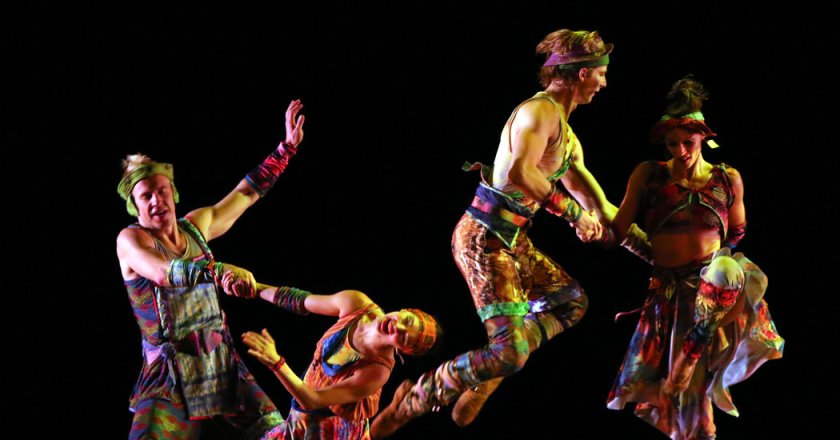 Yowzie? More like Yooowwwwwwwzzieeeeee. Say it with me: Yooowwwwwwwzzieeeeee. Make sure you pronounce the vowels in a brassy, devil-may-care tone, and you will start to get the feeling of watching Tharp’s infectious new work in the audience. That we could not stand on our feet and groove out with the dancers (the indelible Rika Okamoto or the hilarious John Selya or the innocent Reed Tankersley or anybody else on stage, really) is a crime. It is concert dance meets broadway entertainment, and Tharp had her comedy on full throttle, maybe even to overdrive (just look at the costumes). I could not shirk the veneer of self-conscious artificiality that adorns some of the choreography: they were having a good time, and they desperately wanted you to know about their messy, colorful escapades. That might have undercut the lightheartedness for some, but for others that might be the point: these characters knew they are caricatures, and they labored to convince you of their excess. However you interpret that quality, the jazzy fun cannot be ignored.

Who needs rock music when you have Bryce Dessner’s Aheym played by a furious Kronos Quartet (who also recorded the aforementioned “Spectre”)? Adding David Lang’s score and you have the background to Twenty Eight Thousand Waves, an ominous, almost blood-thirsty piece that brilliantly showcased Ballet BC’s athleticism and vivacity (Peter Smida, seriously). The setup reminded me of Jorma Elo’s Sharper Side of Dark for the Boston Ballet, only without the joltiness and the subtlety. As the music crescendoed and the blinding light lowered, Soto’s choreography went full-on steroidal, and the dancers attacked it with bleeding sharpness and speed. This work should have come with a DANGER sign; it is not for the faint of heart. For its fiery kinetics and superb physicality, Ballet BC’s performance of Twenty Eight Thousand Waves tops my year of live dance.